The ALURA was established to reward those students who demonstrate thoughtfulness and creativity in their approach to research and information gathering and whose work exhibits significant inquiry using library resources, collections, and services. 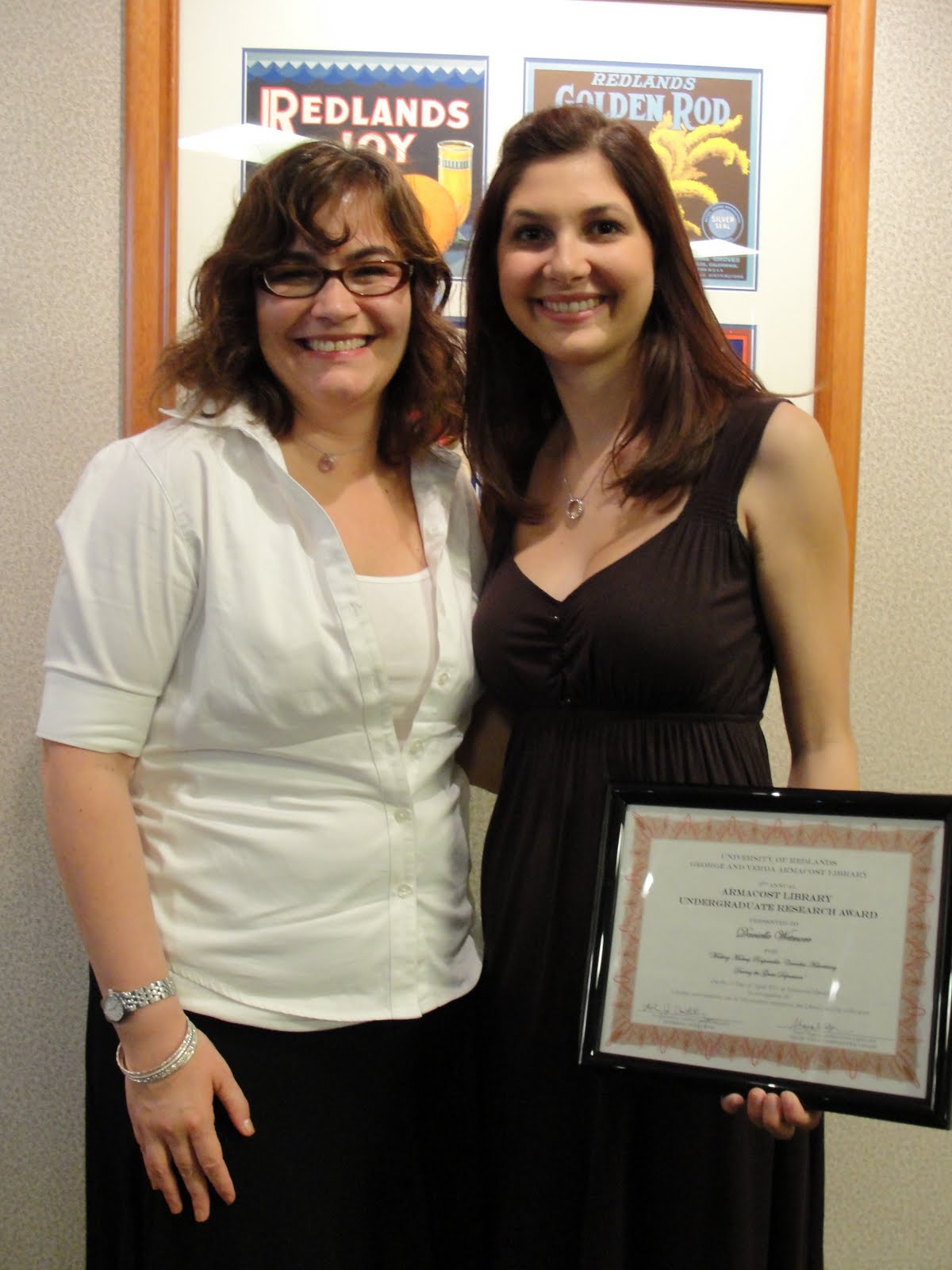 Healing Without Gloves: Can Religion Influence the Interaction Between the Patient and the Healthcare Provider, Quinn Navarro

The Need for a Neutral Speaking Period in the Trier Social Stress Test, Sarah Grimley

The Exploration of Literary Waters: The Atlantic World in the Seventeenth and Eighteenth Century Imagination, Ashley Robles

Disease and Unrest: The Demise of the Iranian Monarchy, Mary Simms

Bridging the Divide: A comparative analysis of the feminist movement in Turkey and the United States, Alexandra Bollella

And Then There Were None: A Comparative Analysis of Anglophone Displacement of Indigenous Populations in California and South Africa, Bernadette Magallanes

"From: Hell, with Love" The Role of the Délog Tradition in Tibetan Buddhism, Sommer Disante